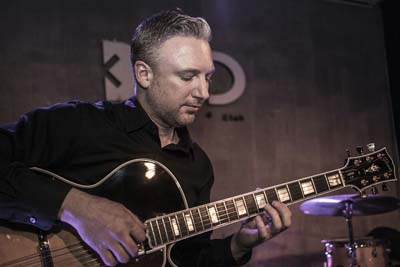 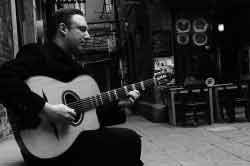 Xian China Concert with over 500 in the audience!

The Hot Club of Beijing is a truly multi-national ensemble carrying on the tradition of Django Reinhardt's Hot Club of France in the 1930s and 1940s. The musicians of this diverse ensemble come from all over the globe including France, Greece, the United States and Xinjiang, China, adding their eclectic mix of international flavors to the gypsy jazz idiom. With such a diverse array of musical backgrounds and cultures, the Hot Club of Beijing offers a truly unique sound whether it's hard swinging jazz, hot latin rhythms, fiery gypsy waltzes or elegant ballads. Let us play for you!
info@hotclubofbeijing.com

It Don’t Mean a Thing If It Ain’t Got That Swing ©The Hot Club of Beijing "Retro style meets gypsy jazz in Beijing. Hot Club of Beijing, a five-piece ensemble specializing in wild Django Reinhardt-style gypsy jazz. Having now watched them play, I can safely say these guys happen to be the most talented group of expat musicians I’ve ever seen or heard, hands down! Seriously, all swing aficionados, take a knee.
Taking the stage, they let rip into a blend of chanson and swing. Tying complex melodies and frenetic rhythms in a miasma of finger-picked insanity, their jazzy style is unmistakably rooted in Paris rather than New Orleans, New York, or Chicago. Rhythm guitarist and vocalist Vince crooned in a lilting falsetto, while lead guitarist Doug traveled the fretboard of his guitar with a lightning fluidity; clarinet player Toni soloed complexly and effortlessly, all the while backed up by the never-faltering rhythm section of drummer Claudi and Pikar on upright bass. On and on they played, and I found myself picked up and thrown about by the excitable crowd. The scene was akin to a particularly rowdy Jewish wedding and there was nothing else left do but dance!" ~ style.com 2014

They sound very good, they have that gypsy soul .   . It's nice to hear a good guitarist.
~ >Joe Messina 2x Grammy winner Funk Brother Standing In the Shadows of Motown

"Flight of the Giniker 1/16/11
Written by Doug for his friend Karen Ellis ~"You can't march off to war in 3/4" and with the excellence of marvelous dancers!

Doug plays with the The San Francisco Mandolin Orchestra
2011 The Mandolin Orchestra is a plucked string orchestra with 20-25 members, playing instruments of the mandolin family (mandolin, mandola and mandocello), as well as guitar, double bass. The orchestra formed in May, 2005.

2010 Doug on tour with the John Jorgenson Quintet
"Philadelphia Inquirer 2010 Centennial Django Party":
World Cafe Live is featuring one of the best-known gypsy-jazz bands, the
John Jorgenson Quintet and Doug Martin now plays in the Quintet with Grammy winner and three-time Academy of Country Music Guitarist of the Year, John Jorgenson who plays with the Desert Rose Band and the Hellecasters, and appeared alongside stars from Elton John to Bob Dylan, Sting to Willie Nelson. "Django really was the first guitar hero," says Jorgenson. "Django influenced scores of modern musicians, and his influence is heard across many styles of music and guitar playing. Pioneers like country legend Chet Atkins, pop icon and inventor Les Paul, and jazz innovator Charlie Christian were all directly influenced heavily by Django and attempted to copy his style and recorded his compositions. They, in turn, passed this along to all of their followers, including Wes Montgomery, Jeff Beck, Clarence White."

Doug Martin is more than a Django disciple: he's a pioneer in the next wave a Djangoistas." ~ Paul Mehling Hot Club of San Francisco 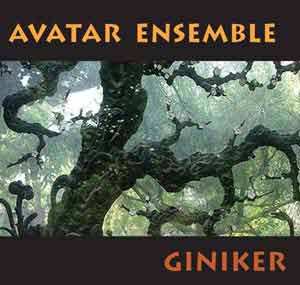 As well as strait ahead jazz guitar giants Howard Aldenand Mimi Fox who says "Doug Martin plays with fire, precision, and creativity he is part of the new breed of guitarists that are carrying on the Django tradition with such fervor . . . recommended!"

Doug continues to perform in various contexts playing both strait ahead jazz as well as what has become known today as "gypsy jazz", the style of swing jazz attributed to gypsy guitarist Django Reinhardt and violinist Stephane Grapelli.

In Europe, Australia and Asia Doug has performed with gypsy guitarist Lulo Reinhardt in his Latin Swing project

Doug Martin is the best best Gypsy jazz guitarist hailing from the Bay Area. No one can touch him technically and no one can match his "Gypsy Cred". He is the real deal. He is the Hot Club sound. ~ Ned Boynton Cafe Americain

Translation Help: Translate from English to Your Language.

PS:Creative Commons: Use Limited To: Music is licensed under a Creative Commons Sampling Plus 1.0 License. Personal or business site only - not for reproduction for commercial resale.